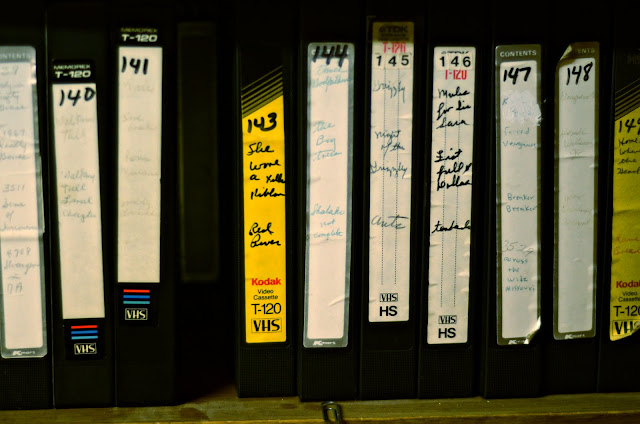 When I was in early elementary school my grandma had shelves of these VHS tapes in her closet with about three recorded movies on each one. I don't know what the process was exactly for getting the movies onto the tapes in those days, but I'm pretty sure my uncle Jim (who was probably in high school at the time) was in charge of it. Then Grandma would label and number and file away each tape in order in the closet. We didn't even have cable, so Grandma's collection of movies was always exciting, probably partially because Grandma wasn't quite as picky about what we watched as Mom was, but also because there was a huge selection, everything from Westerns to kids' movies to horror. I think for Grandma it was as much about getting as many movies copied and in her collection as it was actually watching any of the movies. She sort of has that collector personality.

When I stopped at her house to pick up some things for her today I was feeling kind of nostalgic when I saw these shelves of movies. I kind of wanted to borrow one or two and watch the original Parent Trap or Return to Snow River or Pollyanna just for old times sake. Then I remembered I didn't even have a machine to play VHS tapes and haven't for more than a decade. I don't even know anyone who does have one. (And that might even include my grandma.)

Then after school today Israel walked in with a VHS player in his hand. Not sure where he picked it up. He sort of has that collector personality, too. 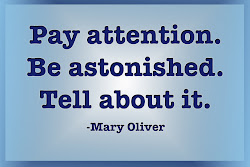 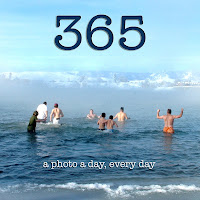 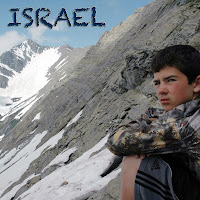 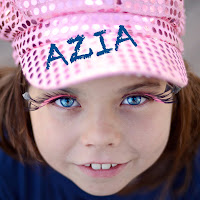 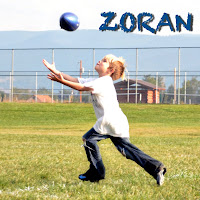 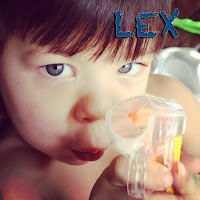